The 1930s were a long time ago, so not many people have firsthand memories of those. Some of us whose parents grew up during the Great Depression have family stories or learned behavior that traces back to the privations of that era. 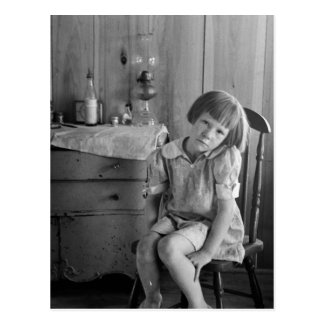 I asked my friends how they felt it affected them or what family stories they remembered. Here’s a sampling of those.

Chuck shared this story, “I have two uncles who are brothers that lived through the great depression. A few years ago one of them decided to raise rabbits to eat. His brother would never eat any of the rabbits because, he said, though it is a bit of exaggeration, that all he had to eat during the Depression was swamp rabbit. They were hard times, but I know a lot of people who were made stronger from having lived through those years.“

Phillip felt that we haven’t learned what we should have from that time of hardship. “The Great Depression was a lesson in greed that has been forgotten apparently. My grandparents wouldn’t talk about it because they lost everything and had to start over. I worry that my son might have to do the same.” His comment referred to the banking crash and how that happened again in 2008 and the effect of that on his family.

Kathryn had this to say, “I am one fascinated by this topic, as I think it is so applicable today. I grew up hearing the older folks talking about the Great Depression. I had some older relatives who saved everything in their sheds and attics, never throwing anything away after going through the Depression.” She said that her grandmother was a teenager at the time. Her family was not hit as hard as many because they owned a feed store, and people continued buying grains for their livestock and seeds for their gardens. “We could learn a lot from the generations before us.” 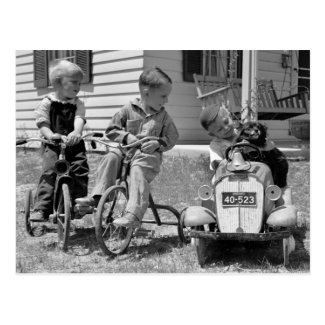 Bella felt her family was fortunate, “My grandfather had the brains to sell his stocks before the crash of 1929, however, he had several rental properties and suffered losses because the tenants could not pay their rent and he was too kind to kick them out. So many felt the pain of the 1930s.” Her comment reminds us that a rising tide raises all boats, but in the case of the 1930s, it was the opposite. When the people become too poor to pay their rent or shop for goods, then those at the top suffered as well.

Ady felt that the 1930s represented a simpler time that some people were nostalgic about.  “There seemed to be closer bonds between family, neighbors, and friends.” My thinking on Ady’s comment is that people might want closer family bonds but they certainly wouldn’t want to lose their jobs and money like most did during that era.

Here are some memories from my mother who was a child in the 1930s: Gail and the Great Depression. Please, share in the comments any family stories that you might remember that go back to that era.

WWII Kansan and his P-38 the Jayhawk

By Gail Lee Martin Flying with the Photo Reconnaissance Squadrons during World War II, Ralph Martin, a farm kid from Greenwood County, Kansas felt like he was mapping the whole world. Leaving the farm and home in 1941, Ralph went to Wichita to work at Boeing to do his part to help win the war. […]