Some of these still linger on in Kansas backyards and some are still used when the sky turns ominous and a tornado funnel starts to form. This particular one was in the yard where Gail’s daughter, Karen, lived for a number of years in El Dorado, Kansas. The house dated back to 1918 and perhaps the old storm cellar was of that vintage too.

It’s a fact of life if you live in Kansas, you need to know where the nearest tornado shelter is. Living in tornado alley means learning how to read the clouds and recognize a tornado funnel forming. It means knowing the siren tones to know which is a tornado alert and which is a “take cover.”

A vintage storm cellar like this one might have a dirt floor or could have been improved over the years. Some people stock them with chairs, a lantern, a weather radio, and other comforts to get through dangerous times. Sometimes the walls are lined with rough shelving to hold canned foods from the vegetable garden and have bins for potatoes and other root crops.

There’s a handle to make it easier to pull open the wooden doors. Fear lends you strength to haul it open as the wind howls around you and the rain pelts down.

Memories from Other Folks of Storm Shelters 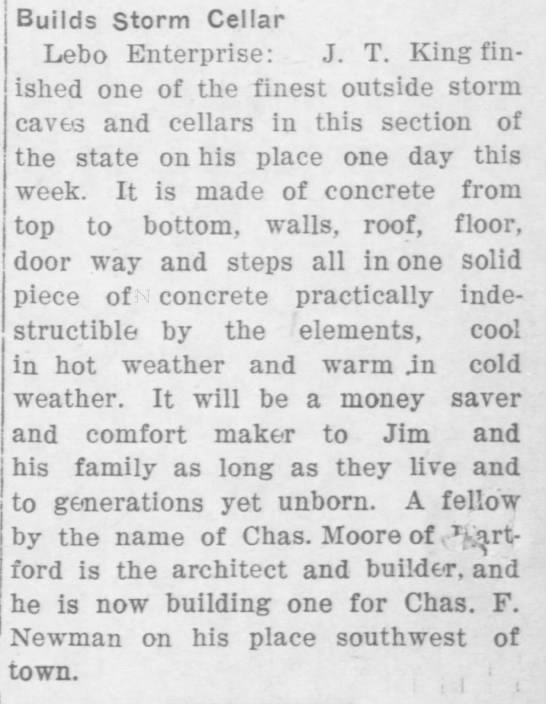 2 thoughts on “The Old Storm Cellar”