Many of us grew up reading the Laura Ingalls Wilder Little House series of books. Then a new generation discovered them when it became a popular television series. Last year, I read Pioneer Girl which gave insight into Laura’s autobiography. Each page was divided so that notes explaining incidents in her life were side-by-side with the memories at Laura wrote out by hand.

Later, those notes were polished and became the books that we all love. Now we can read what she originally wrote and have it explained in detail with lots of clarifying notes to accompany it.

That book is almost 500 pages. You can get it from Amazon (new or used or on Kindle) or borrow it from your public library). They underestimated the interest in it so the original printing was too small. Now, it is in its fifth printing.

Another Detailed Book for You

Recently, I discovered a  Pulitzer-Prize winning biography, “Prairie Fires: The American Dreams of Laura Ingalls Wilder“, which won a National Book Critics Circle award for biography, and a Heartland Prize from the Chicago Tribune. This one is 640 pages long though almost 100 of those pages are the footnotes added at the end.

What a labor of love this book is. It details the background on both the Ingalls family and the Wilders and explains the westward movement in the United States in the 1800s; its effect on the land, on the native people, and the lives of the two families.

It fills in all the bits that didn’t fit into Laura Ingalls Wilder’s stories and expands the reader’s knowledge of American history. Even though I studied Kansas history in grade school, there was a lot more to know.

Ask for it at your public library or click the link above to get a new or used copy from Amazon.

It inspires me to go back and read once more these classic Little House books. 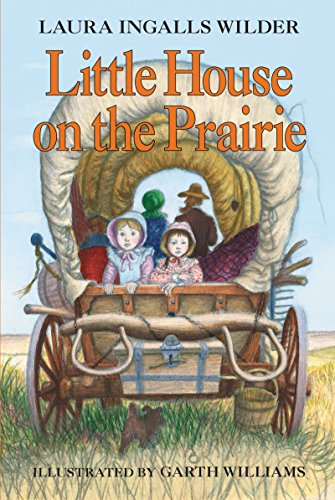 Among Mom’s papers, I uncovered a small stack of recipes glued onto old black scrapbook pages. The handwriting was not Mom’s and the paper looked vintage. They were yellowed and the ink was faded on some. Spots and streaks showed that a busy cook had used the recipes a number of times.

Puzzling. If these weren’t Gail Lee Martin’s recipes, who could they belong to? I felt sure that if they were a grandparent’s or great-grandparent’s, she would have noted that on them. So, it seems likely that they are strays that she found at a yard sale and couldn’t resist bringing them home.

Here’s one for you to try out: Oh-So-Good Pie

I’ll transcribe it below and add some notes.

I checked some other raisin pie recipes to get an idea of the oven temperature and time. Try 325 degrees for 45 minutes. Some recipes used brown sugar, some used regular sugar. A few recipes plumped up the raisins in boiling water first.

This recipe calls for ground raisins. Perhaps putting them in the blender would serve if you don’t have a food grinder.

Farm fresh eggs are great if you can get some.

It’s marvelous to see an old theater given new life as a performing arts center. A few years ago I attended an Arlo Guthrie concert in the Fox Theater with my sister. What a treat it was to hear this iconic performer from my college years and to see the interior of this vintage theater.

Quite a display of lights!

Here’s the ticket booth in the lobby. Check out the beauty of that art deco ceiling.

The frosted glass designs on the ticket booth are typical for Art Deco.

Notice the light-colored wood and the trim on the booth and the ceiling. Every little detail contributes to the look. The etching on the glass is notable too.

The wide stairway to the second floor of the Fox Theater.

Look at the graceful curves in this stair railing. What a tragedy it would have been for this building to lapse into decay and get torn down and replaced with a generic modern building. I’m so grateful they preserved this and keep it in use.

Learn some history of this vintage theater on the Fox Theater website. The site Cinema Treasure has some old photos of it. The Fox opened in 1931. It was restored in 1999 and seats 1200 people.

Here’s the exterior of the building. Continue on down for my slideshow with more interior shots.

(post by Virginia Allain) My dad wore a metal hard-hat for working in the oil fields. His boots were steel-toed, and his work clothes were oil-stained. Mom had to wash those separately from all the other clothes.

Clyde Martin’s hard hat for working on the drilling rig.

They had a “dog-house” by the oil rig where the men kept their overalls to wear again the next day and the next. They changed into their ordinary clothes for the drive home from their grueling day of work. The main thing I remember about his work outfit was his metal lunch bucket which was black and Mom filled it with substantial sandwiches and other filling food. Sometimes he had to work a double shift if the other crew didn’t show up to relieve them. The oil rig had to always be attended during the drilling process.

Dad had a suit, but I can only remember it coming out of the closet for funerals and weddings. He wasn’t a go-to-church sort of guy. Mom was superintendent for the Sunday School at the First Christian Church, so the whole family dressed up and went to Sunday School and Church. Dad stayed home, probably to enjoy some blissful peace and quiet without six kids around.

Interestingly, there’s a photo from his childhood showing him in shorts, a matching jacket, and a Little Lord Fauntleroy collar. Pretty fancy for a farm kid. Here are photos of those early days.

The book about Dad – available from Blurb.