Happy Birthday, Mom! Gail was born in 1924. If we were baking a cake for her, it would need 95 candles to celebrate the day.

Thank you to all the followers of this blog. I love that I can share memories of my mother with you here. I hope that you’ve discovered a recipe to try or a craft to make or just enjoyed some of her writings and some of my memories of her.

Gail McGhee and Clyde Martin married on the 3rd of June in 1945. Fifty years after that, their children held an anniversary party for friends and relatives to celebrate the occasion. Leading up to the event, Clyde repeatedly said, “I’m not going to be there.”

His daughters, knowing how much he disliked fuss and formality, worried that he would carry through on his threat. Fortunately, as the special day came, he put on his dress slacks and a nice shirt to attend. Mom wore slacks with a pink blouse accented with a scarf.

Clyde and Gail Martin with daughter Cynthia and her family.

Their daughters decorated the hall with the rag rugs that Gail and Clyde wove on a wagon wheel. Baskets of sunflowers added more color to the event. Their  daughter, Shannon, made a banner  that  was  supposed  to  say,  “Fifty years of growing together.” Instead, it said”growing tougher,” but that was solved by cutting off the last word.

Their son, Owen Martin, made a grandfather clock for them. He was a skilled cabinet maker.

Slide Show at the Anniversary Party

Press the pause button to stop the show so you can see the beautiful rugs the folks made.

The family groups wore matching shirts so friends and family could easily match which grandkids went with which of Gail and Clyde’s 5 daughters. Each of the six children had a photo board of their life and there were photo boards showing Gail and Clyde over the years.

When I shared Gail Lee Martin’s stories in some groups on Facebook, her memory blog and her Facebook fan page gained quite a number of followers. People love nostalgia and old-time recipes, it seems. Here are the top ten posts for 2017.

Over 7,000 individual readers visited the blog in 2017. If you are reading this post, then you were probably one of them. If you missed any of the stories above, I hope you have a few minutes to read Gail’s memories.

The reminders come up on Facebook and on a genealogy site that I belong to. September 13th is Gail Lee Martin’s birthday. She would have been 93 today. How I wish I could call her up and say, “Happy Birthday, Mom!”

Mom always liked to say she was born on Friday the 13th, but I fact-checked her claim on a calendar for 1924. It was a Saturday, but it makes a good story.

People get those Facebook reminders and don’t always stop to think or else don’t know the person well, “Happy Birthday,” they say, “and I wish you many more.” Sadly, there will be no more special cake on Gail’s birthday and she won’t blow out the candles. 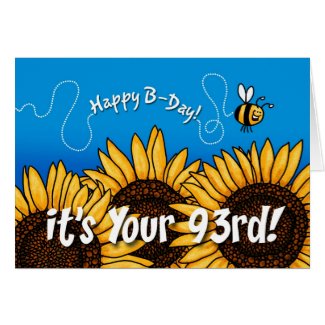 My parents, Clyde Martin and Gail McGhee, married in 1945 about a month after the surrender in Europe and several months before Japan surrendered. World War II was winding down and my mother could leave her job at Boeing Aircraft.

I’m the middle child from this union and over the years, we heard bits and pieces about their dating and marriage. I’ve put that into story form to supplement the clipping.

“The bride wore a forest green suit with a braided design on the lapel. It was the first purchase with her paycheck from Boeing.

Gail felt properly citified for Wichita, Kansas during the war years when she wore her green suit. No one would guess that she’d grown up in an oil field camp in the Flint Hills where she wore dresses her mother made from flowered feed sack material.

Now, the green suit was several years old, but it still felt special. It was her wedding day and she was marrying handsome Clyde Martin. She had known him for years as the best friend of her steady guy, Johnny Faylor. Then Johnny got fresh with her when he was leaving for the service, so she and Johnny broke up. After that, Clyde started asking her out.

Photo of Clyde Martin from the family album and Gail in her green suit.

The war did its best to keep them apart, though Clyde didn’t go into the army. After going to Cherryvale to learn to weld he had ended up back in Madison farming. Farmers were essential to the war effort to raise food for America and for the troops and refugees in Europe.

Working at Boeing filled Gail’s need to help with the war effort and meant she could start stocking her hope chest with things she would need when she married. Even with the good salary, there was little left after she paid for her room in Wichita, bought some clothes, and paid for bus fare to go home to Lyon County to see her family and Clyde on occasional weekends.

Now, it was their special day to stand before the minister in his study with the minister’s wife and Gail’s parents for witnesses as they said their vows. After the simple ceremony, they had an angel food cake, rather than the traditional tiered cake.

The marriage lasted 66 years. When Clyde died, Gail tried to make a life on her own. It seemed she lost heart and only drifted in the year after she lost him. She spoke of wanting to be with him again and then at age 88, she passed away.”

Wedding styles in the 1940s

Never once, in all those years, did I hear a hint of regret that she didn’t have a fancy wedding with bridesmaids and all the trimmings. She was happy that the war was ending and she could start her married life with Clyde. They had plans for raising a big family.

Mom and Dad married on June 3, 1945, so my sister posted this clipping on Facebook for their anniversary. I think it deserves a wider audience, so I’m sharing it here.

This clipping is from the El Dorado Times (Kansas).

In April, I joined the A to Z blogging challenge and it kept me motivated and posting for the whole month. If you missed it, just scan down the page for the older posts.

I wasn’t sure if the alphabet format would be restrictive as I juggled around my topics to fit it. It turned out that it prodded me into covering topics that I might not have thought of on my own. I’m glad I jumped in.

There were new visitors to the blog and some kindly wrote comments. That’s very encouraging, as one starts to wonder if you are blogging just for yourself. Some even went as far as signing up to follow the blog.

In the long run, I’m not sure if my ramblings about my mother and about my loss will keep those new followers on board. We’ll see. I did get messages from a sister and a cousin telling me they appreciated the daily postings. I’m trying to keep up the pace even though the challenge is over.

Last year on this day, Mom was in the rehab center. They were trying to get her to do some therapy, but she told them she needed to stay in her room to see the Rose Parade. She could be pretty stubborn, so therapy was postponed.

It surprised me that the parade was so important to her that she would put off her treatment. Then I found out that she wanted to see the float for the organ donors. One of the roses on that float was in memory of Dad being an organ donor. I believe it was his eyes, which rather amazes me, since at 87 he wasn’t very happy with his eyesight.

Anyway, just one year ago, Mom was watching the Rose Parade on television in her room at rehab.

As it turned out, there was a second reason she was resisting therapy. She had a painful blood clot in her leg.

If you were still alive on your 89th birthday, you would be having long phone conversations with your children and grandchildren. At least with those who were too far away to drop by for your special day. It’s not the same as being there to give you a hug and a gift.

Now you are even further away or is it closer? Anyway, I’m sure you are enjoying your birthday in heaven with Dad, wherever heaven is. Probably you can have all your favorite things there as well. There would be a baseball game going on your celestial television and a box of chocolate covered cherries at hand for you to sample.

We all miss you, but don’t know how to share those feelings. I’ll browse through your photos on my computer and go read once again some of your stories posted on Our Echo. I’ll remember how you liked to point out that your birthday fell on Friday the 13th and how you were a week older than Dad.

I love You Chocolate Covered Cherries Greeting Card by Samanthacat

Wishing I could hug you, but for now, this posting will have to serve. I know you wouldn’t want us to continue being sad, so I will try to think happy thoughts of you on your birthday.